Posted on June 9, 2012 by cbwesternregion

Buyers were out in force this spring, pushing home sales up across the board, according to several recent market reports. The overall housing market saw the best April in six years, according to DataQuick, the La Jolla-based real estate research firm. And our own Coldwell Banker Residential Brokerage luxury reports found surging high-end sales from Marin to Silicon Valley and across to the East Bay.

First the DataQuick report: Sales of single-family homes were up 13.1 percent from the previous April to the highest level for that month since 2006. Led by San Mateo with a whopping 34 percent increase, six counties enjoyed double-digit sales increases, including San Francisco, Santa Clara, San Mateo, Sonoma and Contra Costa counties. Alameda County sales were up 6 percent from a year ago. Only Napa and Sonoma counties were down fractionally.

DataQuick analysts said the new report indicates that market stress is easing and fence sitters are moving to take advantage of lower prices and ultra-low mortgage rates. A drop in the number of foreclosure sales, which attract lower prices, helped push the median sales prices up, the research firm noted.

The median sale price in the Bay Area also jumped 8.3 percent to $390,000 compared to $360,000 a year ago. Contra Costa County saw the biggest year-over-year jump with an 11.7 percent increase to a median price of $288,750. Santa Clara County and San Francisco’s median sale price also climbed 9.3 and 6.9 percent, respectively.

Part of the reason for the jump in median price is that foreclosed homes represented a smaller percentage of the market, DataQuick said. In Santa Clara they fell to their lowest level in four years. Less than 30 percent of sales in Contra Costa County were foreclosures, down from 35 percent in March and the lowest since December 2007.

At the other end of the spectrum, luxury home sales continued to surge in much of the Bay Area. According to our own luxury housing market report for April:

We’ll see how the market unfolds as spring turns to summer.  Seasonally our listing inventory typically tapers off in summer months.  There certainly are challenges, from low inventory to consumer concerns over a still slow economic recovery. But low interest rates and a strong job market here in the Bay Area should keep the housing market momentum building. We are hopeful more homeowners will see this unique opportunity and bring their homes to market this summer.  There doesn’t seem to be a shortage of Ready, Willing, and Able Buyers.

Below is a market-by-market report from our local offices:

North Bay – Almost everything listed under $400k is getting multiple offers and usually in the double digits, our Sebastopol manager reports. Agents are hungry for more inventory. The upper end of the market remains slow but steady. There are many buyers looking is the Previews range but surprisingly few multiple offers. Napa made the Top 15 housing markets in a recent study, which should peak interest in the North Bay.  Market activity is definitely picking up in many parts of Marin County for both buyers and sellers.  Inventory has been low and buyer demand has increased. Many homes are just “flying” off the shelves, some agents say. Schools are definitely driving buyers, and quality/condition of homes – “move in” condition is a high priority. For buyers, low interest rates are out-weighing the wavering stock market. Open houses are very well attended.

San Francisco – Our Lakeside office manager says it is such a competitive market for buyers that they are beginning to talk about making offers without having seen the property inside.  On the other hand, even in this market, sometimes houses are overpriced and don’t sell right away, but not often.  One thing for certain, buyers don’t get much time to contemplate their interest.   The market favors quick decisions and action. Lots of activity is being reported by the Lombard office, but also comments that the buzz and frenzy of the last few weeks has diminished somewhat. The assumption that all listings will have multiple offers, go over asking, and should have an offer date is not holding across the board. 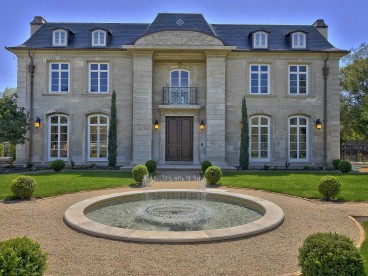 SF Peninsula — If only we had more inventory. That is the word of the day in every price point and in every price range, according to our Burlingame manager. This even includes condos. Easton Addition in Burlingame, ever popular, is seeing some new inventory, beautifully prepared coming on the market. The price point in many cases is $2.2-3 million, which rivals Hillsborough.  Multiple offers continue to be the norm. Buyers are coming in the door to open house and immediately asking for disclosure packages and offer date. There’s also brisk activity in the move-down market. Homes that are freshened, staged, and priced competitively are receiving multiple offers. Some activity is starting in 3 million plus homes. High end Burlingame is hot. There are currently 60 active and 17 pending listings in Hillsborough. Sales activity has definitely picked up.  Over $5 mill. is less active and over $10 mill. is not moving very well. We are beginning to get more showings in this price point with cash buyers even flying in from out of the area. Hopefully this indicates new movement in the upper end.  In Menlo Park, the local market is extremely busy. Both agents and clients are running to keep up with the sales and trying to keep tabs on the listings, which come on and off the market like a light switch. We have not seen a slowdown since Facebook’s face plant but our manager feels it in the air. Inventory is still sparse – actually at an historic low – in Palo Alto and surrounding communities. Agents are still seeing multiple offers on almost every listing. However, for the past 7-10 days, we’ve seen a slight drop in the number of offers in those multiple offer situations. Well-priced homes are selling very quickly. Woodside has been very active and agents are finally seeing a few bigger sales.  All price levels are moving pretty well.  They still have a lot of shadow inventory – big listings that would sell “for the right price.” Our Redwood City manager says inventory is extremely low, particularly in San Carlos.  One home in the White Oaks area listed by another CB office had 11 offers.  The home was in original condition (1950s) but had “good bones.”  It was listed at $995,000 and went approximately $200,000 over asking.  Many of our buyers are starting to express frustration but for now they remain in the market.

East Bay – Fewer REO properties and increasing short sales are happening in the Berkley area. There still are mobs at the Sunday open houses.  Interest rates are inspiring more refinances.  Agents say there still are not enough properties on the market for the buyer demand.   San Ramon Valley has less than one month’s supply of homes for sale, and the upper end of the market is pretty strong as well. It’s a busy time around the Oakland-Piedmont office. Most afternoons our local manager is cubicle surfing as the two conference rooms and her office are filled with agents and their clients. Lots of offers are still being written and it is generally taking a buyer in our office about three offers to get a ratification. A fixer upper needing a lot of work garnered 17 offers yesterday and would have received more but several backed off once the number went over 14. Clients that tried to sell their home two years ago are again testing the water to see if they can be successful now. The Lamorinda market remains the same: low inventory and high buyer activity. Multiple offers continue to be the norm. Open houses are heavily attended with mainly young families who are serious and ready to make offers. Our Pleasanton and Livermore offices report they still have low inventory with multiple offers. The San Mateo market keeps rolling along on the same path it has been moving.  We did have a few more listings than usual, but it’s too soon to predict a trend. More than 67% of the homes that closed escrow in May sold for the asking price or more.  While the active inventory is down 32% compared to last year at this time, activity for listings coming up in the next two or three weeks is brisk.

Silicon Valley – Things seem a bit less frenetic, our Cupertino manager reports.  In Los Gatos, our manager says agents are seeing a recent uptick in activity in the $2.5 to $5 million-dollar market. Our San Jose Almaden office manager says multiple offers still abound.  Buyers and agents are very frustrated.  It could only be a matter of time until they pull back and wait to see if inventory will increase, he believes.  Listing count is still at all-time lows. Similarly, our San Jose main office manager is dealing with extremely low inventory. But interest rates below the 4% mark continue to fuel the local market. Consumer confidence is also on the rise as local unemployment decreases. Inventory is now 55% less in Santa Clara County than 12 months ago.

South County – The market continues revitalize itself, our Morgan Hill manager says.  Defining a “normal” market, however, is not easy and most agents will agree that it will take quite some time for the housing market to actually stabilize.  Currently sellers have the advantage, with very low inventory and many eager buyers wanting to purchase with today’s low interest rates.  This week a very nice Morgan Hill home listed at $850,000 garnered four offers the first day it was put on the market.  A home in Gilroy, listed at $392,000 had 10 offers after only two days on the MLS.   Of the 230 Morgan Hill homes currently listed, 127 of them have accepted offers—leaving the active listing inventory at only 103 properties—again a record low.  As the market continues to improve, statistics also show that “Days on Market” for a home in Morgan Hill has dropped significantly—with newly listed homes being sold in record time.

Monterey County – The last two weeks have been especially active in the real estate marketplace on the Monterey Peninsula.  Our manager said there has been a nice pick-up in new listings, greatly needed as inventory has been declining. The pickup was just in time for the three-day Memorial Day weekend, which always brings lots of folks to town, so Open House attendance was generally good and with lots of offers being written. The high-end Previews market has also been improving.